Thoughts about the cognitive biases

We are far from constantly acting in a rational way. #neuroscience shows that our brain tends to hijack our logical thinking to simplify its analysis and thus save energy by relying on cognitive biases. Is our brain lazy? No way however faced with a huge amount of information to process and other stimuli to consider, our brain seeks efficiency: an adequate answer in ab adequate timeframe without consuming too much energy. This simplification allows us to:

The writer, engineer, product leader, Buster Benson mapped all cognitive biases according to these 4 major problems: his mental map turns out to be impressive with more than 200 cognitive biases represented! 🤩 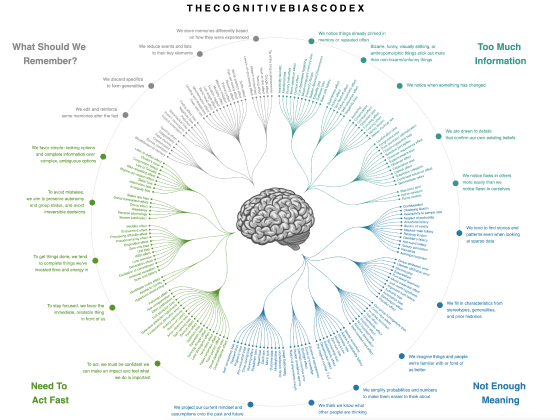 Cognitive biases explain, for example, the fact that people won’t read a full overloaded page, his/her attention will focused on the visually striking or weird elements. Another example, when people don’t know a global context, he/she will tend to use his/her prejudices or beliefs to fill in the blanks and make an opinion (sometimes distorted) or make a decision (sometimes irrational). 😬

Be aware of it

As an UX Designer this knowledge is useful for 2 reasons:

I'm sure that can be useful for everyone too. 😉

But what about intuition? Can we trust it? 🤔

Albert Einstein wrote that "the most important thing for a scientist is not in his diplomas, nor the number of years of study, nor even his experience, but simply his intuition". And nowadays, intuition is often praised as one of the main qualities of leaders (with rigor, curiosity, self-confidence).

I recently read in an interview of the neuroscience researcher Fanny Nusbaum, that in order to train oneself to perform well, it was good “to listen to one's cognitive unconscious on a daily basis, to sniff out information and to trigger things more quickly without checking the pros and cons for hours".

Intuition would allow us to pick up useful information (weak signals) to make a decision without going through reason and logic; intuition would be a certainty. 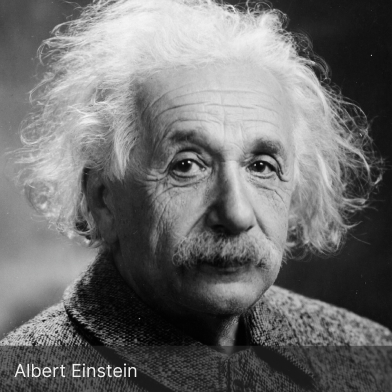 The 2 speeds of thinking

The brain is a complex organ. According to the concept of the Nobel Prize winner Daniel Kahneman, our thinking would be a 2-speed system:

Let's go back to the definitions:

A cognitive bias is an error whose direction is predictable. Whereas an intuition is a certainty. Bias would be false and intuition would be true.

Therefore, shouldn't we be wary of cognitive biases and trust our intuition? However we must be able to differentiate them. 🙃 How can we be sure that an intuition is not false? In this case we would not speak of intuition but of intuition-illusion... but then would a false intuition is a bias? 😵💫

It has been proven (by large sample experiments) that intuition turns out to be right when people have experience and have learned to recognize that experience. Therefore intuition depends on some form of expertise (Mr Einstein, sorry you were not quite right 😜). From our repeated experiments in a field comes an expertise that allows us to develop an intuition in a given field.

Analyze according to expertise

Consequently, in analysis (and generally), it may be interesting to rely on one's intuition only if it is a field in which one has expertise and thus avoid excessive rationality. However, if the field is outside our field of expertise, it would be wise to beware of our cognitive biases and to be more rational.

But in any case, do not forget that there is no causality between a good decision and a good result. 😉 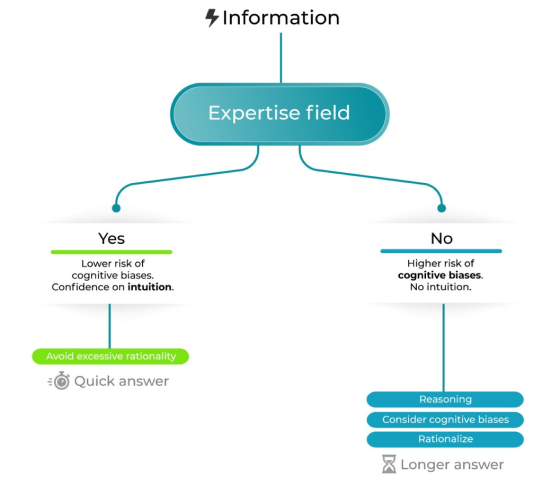